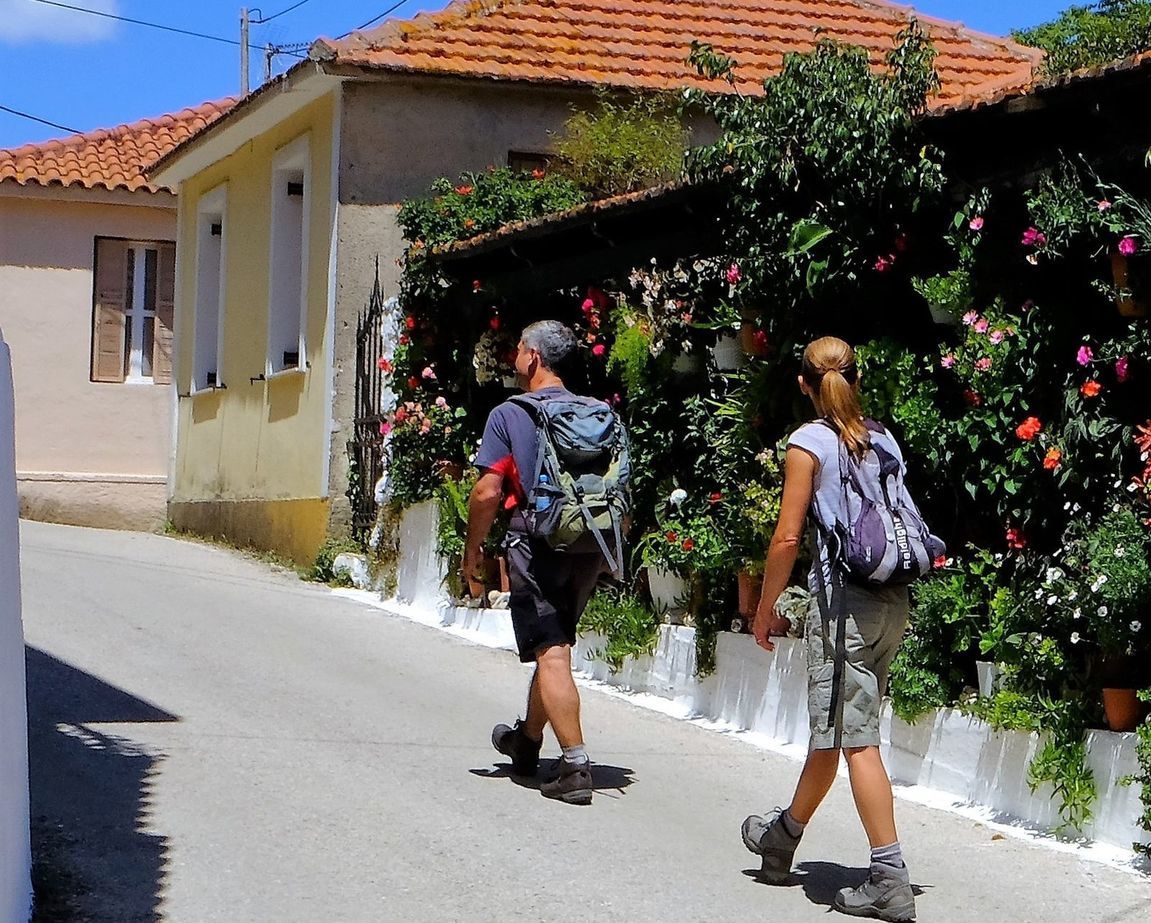 Share time with your friends and take a stroll together in Zakynthos historical town. Apart from historical sights, museums and churches, you will find numerous places to taste the local gastronomy, have a Greek Coffee, shop souvenirs and wander at the shooping street of Alexandrou Roma. An experience that will take you back in time where old Zakynthians had their own unique way of living.

Where to go, What to see

The town of Zakynthos – known as Chora, apart from its official name – is a new town, lying in a semi-circle between the foot of the Castle hill and the sea. It stands on exactly the same site, as did the town, which was wrecked by the earthquake and the fire of 1953. The new buildings have attempted to retain the style of those they replace – a mixture of Neo-classical and Venetian, with a strong dash of an entirely local atmosphere.

The efforts to conserve as much as possible of the old form of the town have involved not only its architectural aspect, but also its town planning fabric. It could be said that the layout of the town is roughly the same as it was before the earthquake. There is a long esplanade, the Strata Marina, behind which is the main street, once called the “Plateia Rouga” and now known as Alexandrou Roma St. because of the hill which rears up behind it, there are few streets running parallel to the seafront, but those which are at the right are of a particular interest. To the north and south, of the town embraces the foot of the hill.

In antiquity the settlement here stood up higher up on the flat top of Castle hill. It was on this hill that the ancient acropolis of Psophis was built and on which the Venetian City stood in later times. With the passage of time, the growing population and the changing living conditions caused the city to expand along the strip of ground between the foot of the hill and the sea. Later, the trade in the new harbour, and commercial activities of the islanders and the continuing growth of the population made necessary the filling in of the shore with earthworks for further expansion: the church of St. Nicolas on the Mole was once on an island, and a bridge linked it to the island and Solomos Square.

You shall beging with your walk in town, in Solomos Square, walking from the central dock of the harbor. This is the town’s largest square and it is also its most recent. Its lines of trees and pretty flowerbeds make it an attractive open space surrounded by aristocratic single- and two – store buildings and with a statue of Solomos, the national poet of Greece.

In the evening, this is where people meet for the “Volta” the stroll that is a Greek provincial custom. New friendships are made and old ones renewed as the people of the town enjoy the evening breeze.

In Solomos Square is the church of Aghios Nicholas on the Mole, the only Venetian building survived the fire. For many years it belonged to the guild of sailors. Next to the church is the Municipal Cultural Center, and the Municipal Library housed in it, the Historical Archive, and the Foskolos Cinema-theatre. Also in Solomos Square is the impressive building which houses the Museum of Byzantine Art.

The street leads to Saint Markos Square, known as “Platyforos” by the locals. This triangular square, with its cobbles, is a historic place: it is where the higher social classes of old Zakynthos gathered, and it is the town’s oldest “official” square.

In 1797, the “Popolari” burned the hated Libro d’Oro, the “golden book” in which the names of the aristocracy were inscribed, after what they believed was liberation from Venice, by the French. In Saint Markos Square was the “romianiko kazino” or Liberal Club.

Today, the north east of Saint Markou Square, in Louka Karrer St., is the Church of the Lady of the Angels. This building was damaged by the earthquake but not totally flattened, and as a result it was possible to rebuild it in the original Spanish “plataresco” style, with the fine friezes of Our Lady and the angels on the exterior and, inside, and admirable screen and wonderful icons by Panayiotis Doxaras and a number of painters. As you enter the square, the Catholic Cathedral stands on your right. On your left you find the Museum Solomos and Eminent Zakynthians (it would be more accurately called the Solomos and Calvos Museum).

The street, which leads out of Saint Markou Sq., is initially called 21 May St and then continues as Alexandrou Roma St. This is the Rouga Square, the main street of the town, as it always has been. For centuries the commercial center of Chora has been here and the street owned its importance to its position on the heart of the town and to its arcades on the ground floor of the building and up the side streets.

There was a dance market area at either and of the street Yiofiri, whose customers were chiefly the townspeople and Saint Pavlos, which traded with villagers entering and leaving the town. Today, the street is lively, bustling place containing most of the town’s principal shops.

From Aghios Pavlos Square we turn towards the sea front. On our right, two blocks back from the esplanade, is the triangular Faneromenis Square church; The Lady “Faneromeni”, which gave the square its name after it was burned down in the fire of 1953. You continue towards the direction of the boulevard coming to the park and the seafront avenue called Strata Marina. A large number of side-streets run from the Strata Marina linking it with Rouga Square and the streets parallel with it, forming a dense network of streets in which visitors can wander at will, using as their reference point the sea which can be seen from every little alley.

Strata Marina is the town’s second most important street; it starts from Solomou square and runs as far as the church of Saint Dyonisios, patron saint of the island. It is one of the busiest streets with crowds of people at almost all hours, travelers disembarking from the ferries, visitors looking at the windows of the souvenir shops and local people continuing the evening stroll beginning from Solomos Square. Leaving from Saint Markou Square the road begins to climb meeting a little sharp road on the left it leads to the church of Saint George Filikon of the (society of friends). The Society of Friends was a secret association of those dedicated of freeing Greece from the Turkish rule. On the wall inside the church there is a list of the names of the people who sworn into the society. The castle hill under which the town of Zakynthos town stands, act as a natural magnet of visitors. On hot summer evenings it is considerably cooler providing superb views. Going back to the hill road, the right turn leads us to Strani Hill. It was here under the trees, where the national poet Dyonisios Solomos wrote ‘The Hymn to Liberty’ which became the national anthem. The site of the poet’s mansion is a little further along the hill top; it was there where he was listening to the canon-fire from the siege of Messolonghi where Byron met his end wrote ‘The Free Besieged’, one of the most inspiring modern Greek poems. The road continues down to Akrotiri through a pretty olive forest.

This slope was where the houses of the rich were in bygone days. Returning to the hill road and turning on the left we follow the signpost to Bohali. The road runs between trees and occasional houses with gardens and country yards full of flowers reaching to Bohali. Bohali’s hallmark is its terrance overlooking the town and the southeastern part of the island with the mainland coast in the background. The church of ‘Our Lady’ stands there and it’s visible from much of the places in Zante town below and accommodates a miraculous icon. 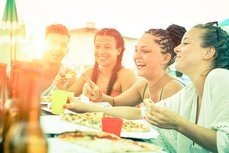 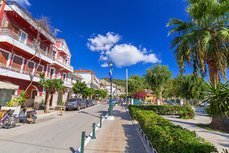